In Memory of Doctor Peter Corterier 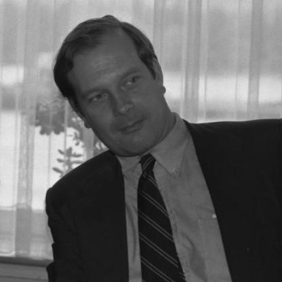 I first met Doctor Peter Corterier in 1955 at an international young socialist conference when I was National Youth Officer of the British Labour Party and we rapidly became good friends. Peter rose quickly through the political ranks and became SPD State Minister in the grand coalition established by Schmidt and later he was President of the Atlantic Treaty Association followed by a period as Secretary General of the North American Assembly. He was a founder member of the Mid Atlantic Clubs in Germany and spent several years in Washington.

I remember Peter on a personal level as a friend and as a supporter of Britain. We both went through World War 2 and he recalled the nightly bombing of Churchill’s planes--as I did of Hitler’s--and eventually we were able to speak together of those times.

Peter was one of the best speakers anywhere on Europe-Atlantic affairs.

Peter was one of the best speakers anywhere on Europe-Atlantic affairs. He was impatient of poor interpreters and easily translated his own speeches at a an Anglo-German conference in Hertfordshire. Peter was undoubtedly one of the greatest political figures of his day: a delight to work with, well read and informed. He spoke at least 4 European languages fluently, read all the European newspapers every day and his electrician carefully enabled him to see international news daily from several countries.

Latterly Peter continued his European travels, despite increasing frailty, and enjoyed many art exhibitions. He was well supported and helped by the love and devotion of his wife Waltraut and his daughter Julia, to whom we all send our respects and sympathy.